Berthold Walter Beinke, known as Uncle Walter to my family, was born on the 4th of October 1895 in Walloway, SA. He was one of seventeen children. His mother, Johanna Paulena Bertha, (nee Habel) and father, Adolph Beinke, as shown in the picture below, married on the 19th of October 1876 and had their first child, Otto in 1878. Adolph and Bertha brought up Walter on the Walloway Plain, as a pioneering family of Germanic background. His father’s family, August and Theodora, Uncle Walter’s grandfather and grandmother arrived in Australia in 1847 from Prussia, which is now part of Poland.

They were brave in coming to Australia, leaving all they’d known. They came to Australia to be free from religious discrimination and political unrest. The family attended the “Gnadenthal”, Lutheran Church which was nearby. Uncle Walter already knew the values of mateship before going to war, growing up in a close community, who were all reliant on the weather for their farming and survival. Uncle Walter used these qualities of mateship a lot, by helping others, working long hard physical hours, all the time appreciating his freedom.

Walloway, although very small, had a general store, which is in ruins now, and a post office which was later used as a telephone exchange as well. Behind the post office there was a railway station with a platform that was used to send and receive whatever supplies they needed. A blacksmith and builder were also some of the shops. There was also the Walloway School which was originally called The Rye State School, the name changing in the 1940’s. The Methodist Church still stands and is near the school, it was a special gathering place for many families each week. The total population of the town was approximately 400 people. 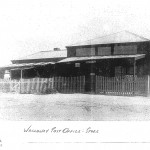 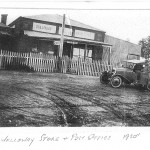 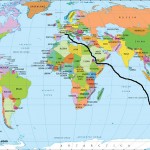 The route Uncle Walter took on the ship to France, Source: www.whereig.com 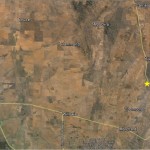 The local church that Uncle Walter and his family attended every Sunday, Source: Glen Beinke