Returning home, Uncle Walter received a great welcome from family and friends within the Walloway and Orroroo community. There was an article that was submitted in the Petersburg Times newspaper describing what the return of Uncle Walter was like.

The Walloway station presented a lively appearance on Saturday, when quite a number of people assembled to welcome home Pte. B. W. Beinke, M.M. (Walter), fourth son of Mr. A. Beinke. The station was decorated in honour of the returning hero. As the train approached those assembled sang “Home, Sweet Home.” A hearty welcome  was given to Pte. Beinke as he alighted from the train. After greetings he was motored to his home in a decorated car.

Pte. Beinke has been on active service in France for nearly three years. He went away attached to the 50th Battalion, and was transferred to the 43rd Battalion as a machine gunner. He has been in many stunts, and distinguished him self in the battle of Hamel, where as a stretcher bearer he won the Military Medal for bravery under fire, Pte. J. W. Beinke (brother) paid the supreme sacrifice on June 28, 1917, in France.

On Monday evening a public social was held. Rev. Lock presided over a representative gathering. The room was not large enough to accommodate all the visitors and several had to stand outside the entrance. Seated on the platform were Pte. Beinke, M.M. his parents, and Trooper-A. M. Roberts (returned). Addresses were given by the Chairman, Messrs. Robertson, Lillicrapp, Tapscott and A. Beinke. Pte. Beinke, on rising to respond, had a hearty reception, and in a few well-chosen words thanked those who had worked to make his home-coming so enjoyable. His best thanks went to those who took part in the evening’s proceedings; also the Red Cross for the comforts which were made and sent across to the boys on the Western front, who very much needed them in the cold, wet trenches. Items were rendered by Misses Francis, Tapscott, Mollie Kain, Lock, Medlin, Beinke (2), Kaerger, Tonkin, and Fernandez.

The programme concluded with “God Save the King.” Supper followed. The room was decorated with flags and flowers by Misses Kain and Tapscott. ‘ An adjournment was made to Miss Kain’s, where a dance was held, the room being crowded. The music was supplied by Misses Tonkin, Fernandez, and Messrs. Beinke and Hooper. 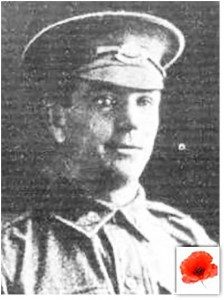